Designing Your Life in the Political Arena: Lela Panagides’ Story 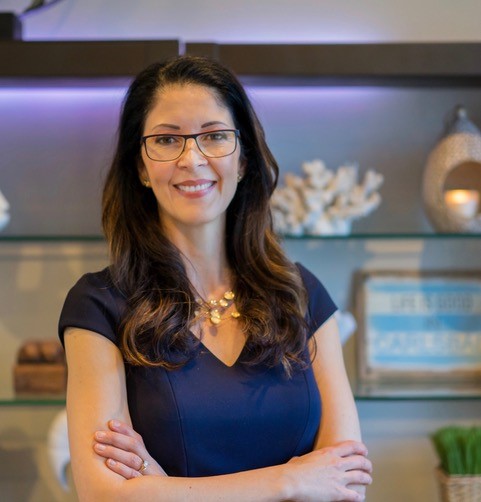 People sometimes ask why they should attend a Life Design workshop, since all the exercises are already in the book. What we have discovered is that when a diverse group of people bring their wisdom together, the radical collaboration can be magical. Lela Panagides attended the DYL for Women workshop this past July in San Diego. She didn’t realize that her entire life trajectory would shift by the end of the workshop.

“I was expecting to attend the workshop more as an observer and apply Life Design principles to my business. However, I didn’t anticipate the transformative and life altering experience that the workshop would be for me. It has dramatically changed my life’s trajectory. “

Lela always felt she had a calling, and wanted to participate in public service in a meaningful way. During the workshop, Lela shared that her Odyssey Plan # 2 was to run for office. She then shared what was keeping her stuck – that asking for money was a huge obstacle that she was uncertain she could overcome. Upon hearing this, Laurie Koch, another participant, stood up, walked confidently to Lela’s table, handed her five dollars and told Lela that she wanted to be the first to donate to Lela’s campaign.  Lela was stunned. The moment felt electric, as the entire group burst into applause, and even a few tears. 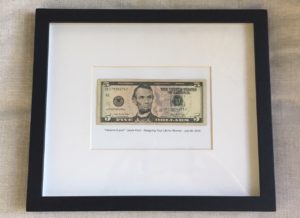 The first symbolic donation to Lela’s campaign from a fellow DYL for Women attendee.

Lela later shared that Laurie’s act was meaningful not only because it demonstrated Laurie’s belief in and support of Lela but because Abraham Lincoln is on the $5 bill. Lela considers Abraham Lincoln one of her political inspirations. The bill felt like a symbol of the work Lela needed to do.  As Lela says, “Laurie’s act of courage lit the match that started the fire.  It set in motion my intention. I’m not usually at a loss for words, but I was gut-punched — in a good way. It was a moment I will never forget.”

The radical collaboration that kicked off her campaign continues to feel like a theme as Lela puts her Odyssey Plan into action.  “Running for office is much like starting a business, there is so much to learn, never enough time, money or resources and you feel like you are drinking from a firehose. And no matter how hard you work, there’s always a risk of failure. So, what do you do? As my hero Fred Rogers said, ‘Look for helpers. You will always find people who are helping.’ “

Lela is now officially running for the Carlsbad, California City Council, and the election is on November 3, 2020. She has attended a Run Women Run boot camp and her campaign is in full swing. 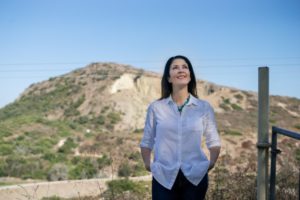 Design Thinking continues to play a role: she says, “The Design Thinking process is a core theme of my campaign. What I see in the private sector is that things move so much more quickly from opportunity identification to prototyping and testing and then product launch. In contrast, it takes years for things to happen in government. There are really wicked problems in our world today: Climate change, wildfires, homelessness, traffic congestion, affordable housing, and plastic waste to name a few. There are no easy solutions. The Design Thinking process is really effective at solving wicked problems – in life, in business, and in the social sector. Design thinking is human-centered, it starts with real people, not numbers. The power lies in engaging stakeholders in co-creation by asking a powerful question, “What if anything were possible?”  My campaign is focused on using Design Thinking to solve problems in government at a local level, which has a direct impact on our quality of life. Similar to the Designing Your Life workshop, it means you build your way forward by starting where you are now.”

You can see more about Lela’s campaign or follow her on social media at: